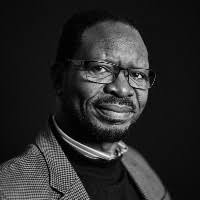 Upon completing his doctorate in public policy and administration at VCU in 2009, Okoth taught courses in the M.P.A. program before moving to the American University of Afghanistan–Kabul as an assistant professor, King Saud University in Saudi Arabia, and later at Zayed University in the United Arab Emirates where he taught and served as coordinator of the Executive Masters in Public Administration program.

He serves on a Virginia-based nonprofit board, Flip Flop Friends Inc., and as a member of Kenya’s Nyakach Elders Development Group (NEDG).

Okoth, Simon H. (2015). A Review of State of the Art of Public Administration in Western Academia: Lessons for the Gulf States. AMEPPA Chronicles-Scholastica.