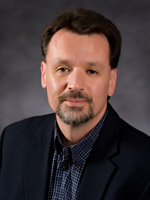 Prior to coming to VCU, Aughenbaugh was an administrator at Virginia Tech, including stints as Associate Director of Virginia Tech’s Richmond Center and as an Economic and Community Development Specialist in the Office of Economic Development. Before these administrative posts, he taught various public law courses in Virginia Tech’s Political Science Department, where he won a number of awards for his teaching.

Aughenbaugh has presented at a number of academic conferences, is frequently asked to lecture about the courts and government administration, has had a number of public law entries published in various academic encyclopedias and is currently working on journal manuscripts related to the federal courts’ impact on the work of bureaucrats, public administration service learning, as well as state research and development tax credit programs.  Additionally, Aughenbaugh served on the Governor’s Council on Human Resources from 2007 – 2009.  Lastly, Aughenbaugh has served in various administrative capacities at VCU, including being Coordinator of the Graduate Homeland Security and Emergency Preparedness (HSEP) program, Chairperson of the entire HSEP program from October 2010 through May 2012, and Associate Chairperson of the POLI Department in 2015.