Where in the world?: POLI faculty trot the globe

Our Political Science faculty have been busy this year! Check out the map to see all the cool places they’ve been, and read on to find out why they were there. 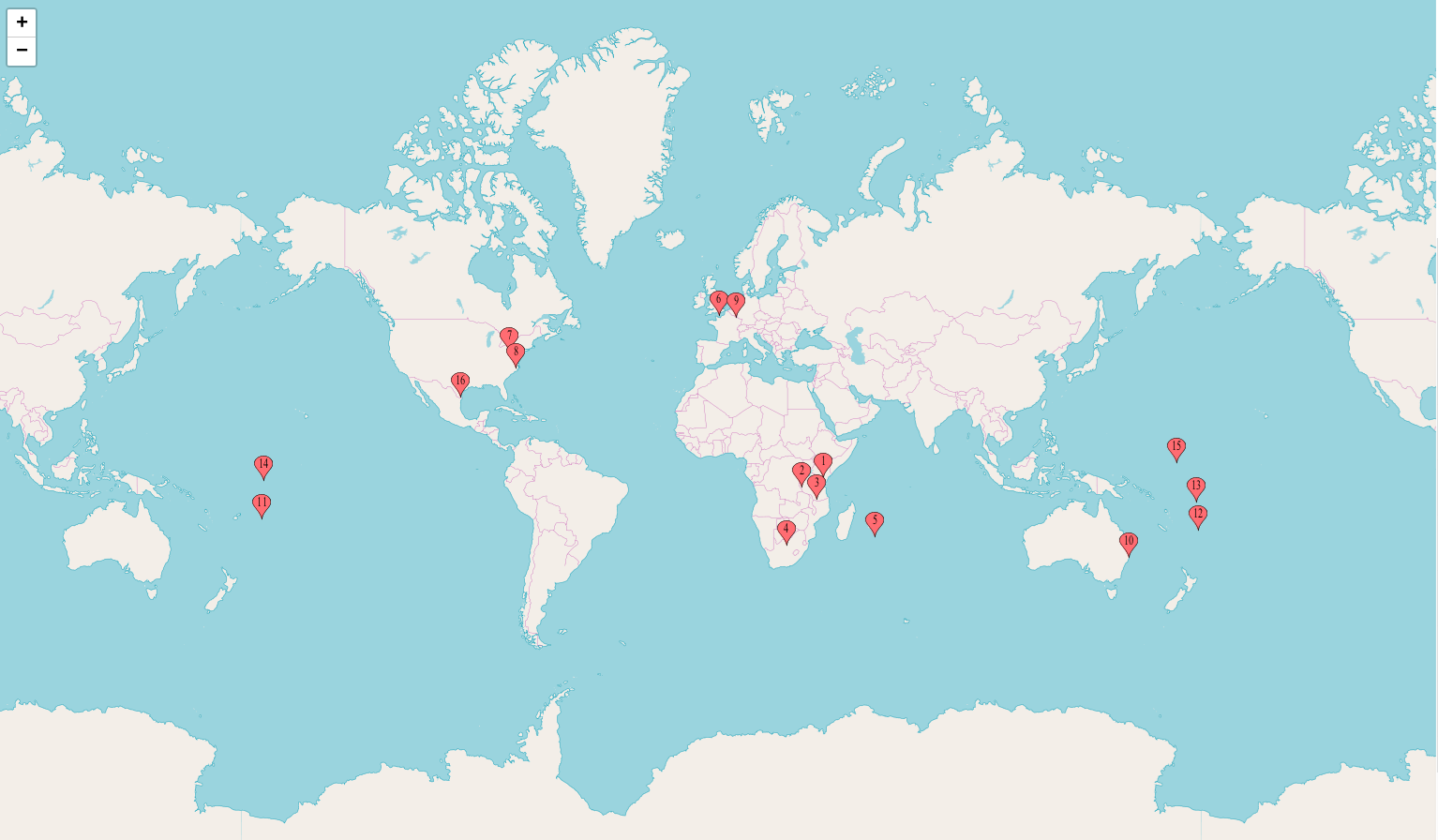 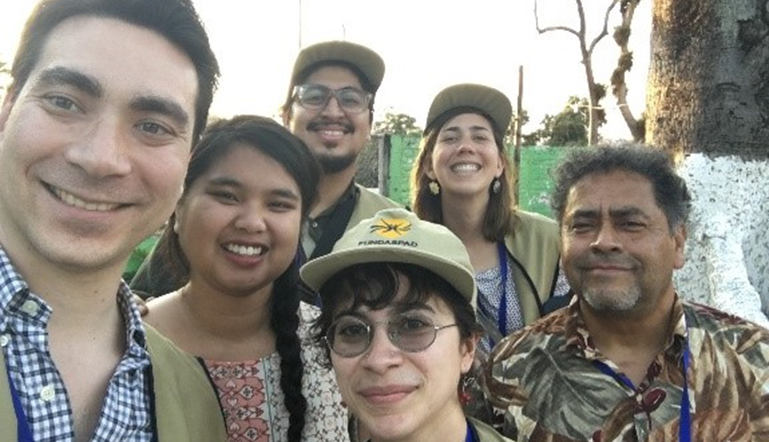 Read our interview with Dr. Paarlberg for more about his trip. 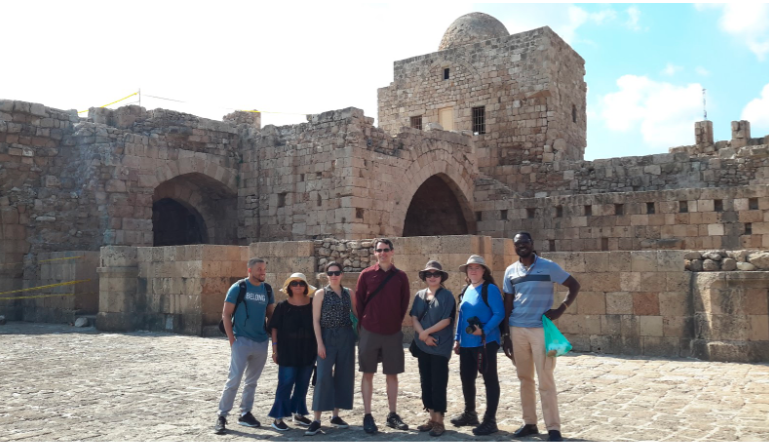 VCU students aren’t the only ones who can “Make it Real” through experiential learning opportunities. In June, Dr. Simon Okoth attended the 2018 Faculty Development Seminar in Lebanon. Seminar participation, sponsored by the VCU Global Engagement Office and the College of Humanities and Sciences, enables faculty to enrich the global dimensions of their teaching, research and community engagement through cultural immersion and connections with counterparts abroad.

Dr. Okoth became interested in the seminar program because it promised to offer a first-hand look at many of the issues that students ask about in his Government & Politics of the Middle East course. Among the many unique opportunities Dr. Okoth experienced in Lebanon was the chance to meet and interview Syrian refugees at the United Nations Center for Refugees in Tripoli; although their stories were described as horrifying, they also showcased the incredible resiliency of humans. Dr. Okoth was also able to interview members of Hezbollah, a nationalist or terrorist group in Beirut, in order to better understand their living conditions and political motivations. Through these different experiences, Dr. Okoth will be better able to explain the complexities of political conflict in the region to his students, and can do so by pulling anecdotes from his travels to bring content from students’ textbooks to life. 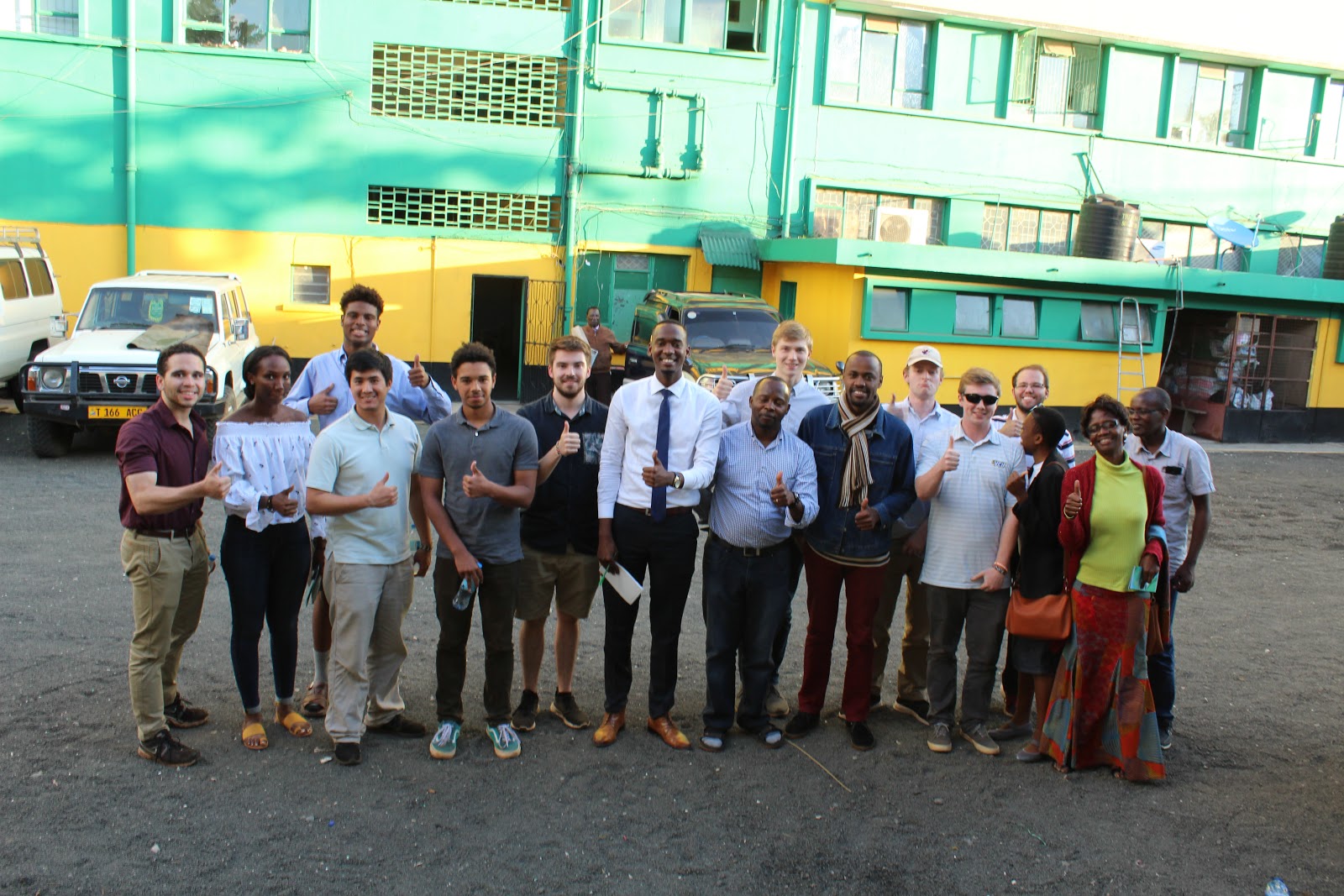 Dr. Douglas Kimemia has been making a real mark on the POLI department! He brought a class of nine students to his home country of Kenya, as well as two other African nations, Rwanda and Tanzania, to learn about East African government and politics.

While in Kenya, students visited an area affected by post-election violence, the county assembly, and Kenyan parliament, where they met five members of parliament who discussed Kenyan political development. In Tanzania, students visited the East Africa Community headquarters, which is one of the most effective regional economic integration blocs in Africa. In Rwanda, students had a chance to visit the U.S. embassy, the various memorial genocide sites and the border of DRC and Rwanda. Outside of the academic settings, students also had a chance to meet with locals, do an excursion and visit Lake Kivu, Mt. Kilimanjaro and the Indian Ocean.

Dr. Kimemia also published his book "Africa’s Social Cleavages and Democratization: Colonial, Postcolonial and Multiparty Era" (available on Amazon) which offers a comparative approach to African countries by providing an in-depth analysis of the impact of ethnicity and religion on both multiparty and post-multiparty eras. By applying different theoretical frameworks, he explores and analyzes how social cleavages have affected the growth of democracy in Africa. 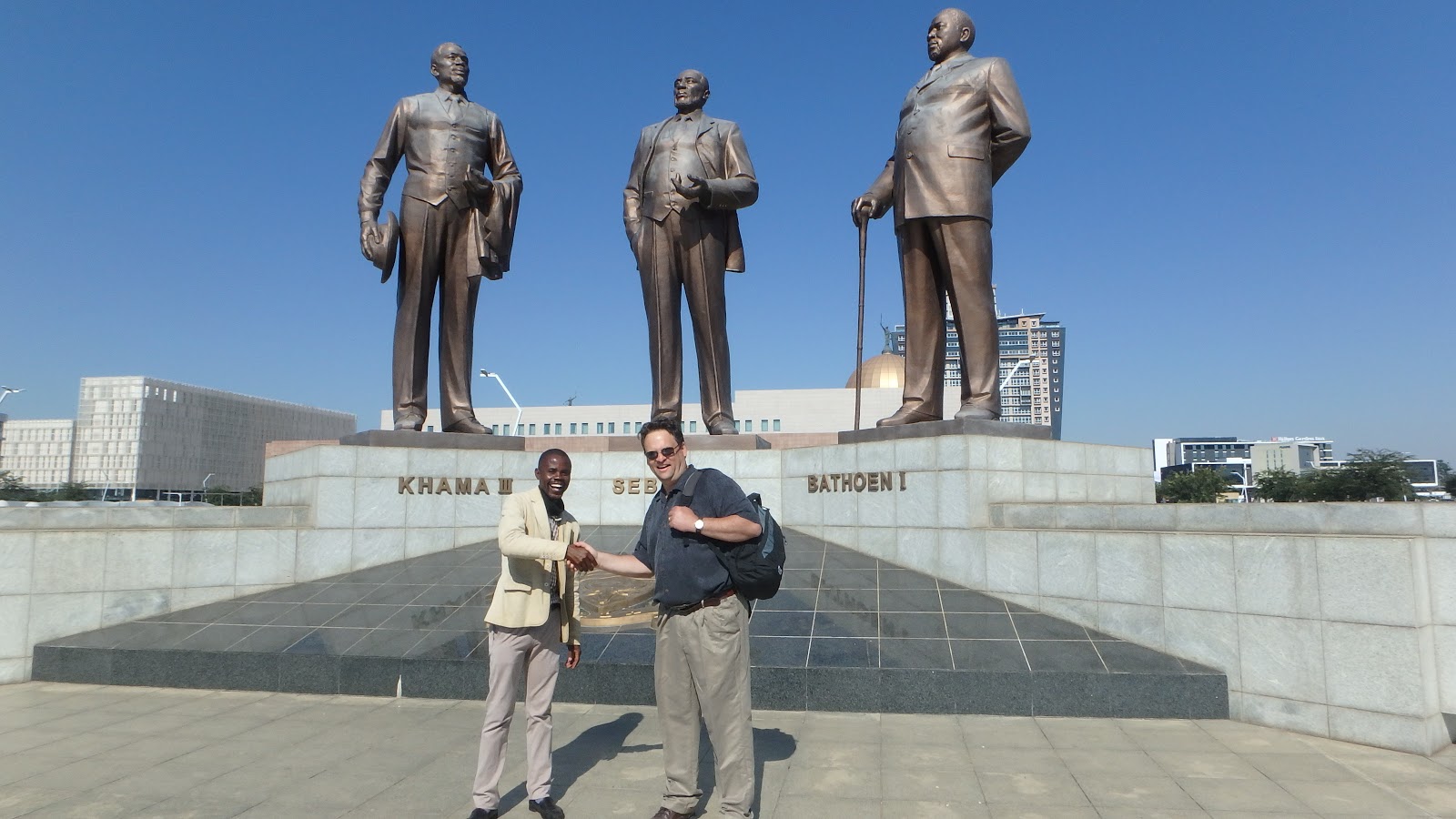 Dr. John Froitzheim spent the summer months doing research on a variety of issues related to development, democratization and state formation, primarily focused on the social origins of developmental institutions. Among the issues studied were the challenges of diversification of post-colonial economies, the capacity of these countries to address environmental constraints and the challenge of democratic governance and political corruption in developing economies. Unlike many other African states, both Botswana and Mauritius were deemed to be potential developmental disasters at independence, defied expectations and became two of the very few developmental successes of the continent. The main question of much of his research is to explain why Botswana and Mauritius were able to fashion democratic and developmental institutions and sustain those institutions since independence, as well as to explore the challenges in sustaining both democracy and development in the new millennium.

Dr. Andrea Simonelli has been quite the globetrotter this summer, having attended conferences in the Netherlands and Australia, before heading to Samoa, Fiji, Tuvalu, Kiribati and the Marshall Islands to conduct field work pertaining to human security challenges due to climate change.

Dr. Jason Arnold spent a week in the National Archives and Records Administration (College Park, Maryland) while on sabbatical during the spring 2018 semester in order to review declassified FBI and federal court records related to the Bureau's counterintelligence investigations of the foreign connections of the Black Panther Party, Students for a Democratic Society (and Weatherman/Weather Underground), and other groups in the 1950s - 1970s. While at the National Archives he also reviewed FBI, CIA and State Department records about American and Soviet bloc involvement in the El Salvador war.

Dr. Herb Hirsch traveled to Toronto, Canada as he does every summer to deliver a class on genocide and human rights, sponsored by the Zoryan Institute, at the University of Toronto.