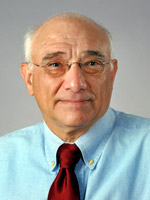 As a scholar, Herb was passionate about ending the scourge of genocide across the globe. While his early work focused on the politics of poverty in the U.S., he pivoted toward the study of human violence, human rights and the eradication of genocide in the early ‘70’s. Of his twelve books and monographs, the last eight examined issues of violence and international human rights, in some aspect. His 1995 book, Genocide and the Politics of Memory: Studying Death to Preserve Life, received numerous awards and nominations from an array of prestigious organizations, including the Grawemeyer Award for Ideas Improving World Order and the Ralph Waldo Emerson Award given by Phi Beta Kappa. He published more than 50 articles and chapters and dedicated this past decade to editing first the journal Genocide Studies and Prevention, and more recently, Genocide Studies International. For more than a decade, he has also traveled to Toronto to lead summer seminars at the Genocide and Human Rights University summer institute.

Herb was a fierce advocate for a rigorous and accessible liberal arts education. He is a much beloved professor and colleague. He will be much missed by all who knew him.

The on-campus memorial service initially scheduled for Tuesday, March 28 has been rescheduled. We will provide more details as they become available.

Make a gift in Dr. Hirsch's memory with a gift to the Herbert Hirsch Scholarship in Human Rights. Students with a GPA of 2.8 or higher who have a major in the College of Humanities and Sciences and have a strong concentration of study in the areas of human rights and/or genocide will be encouraged to apply once the fund is available (date to be determined). Visit support.vcu.edu/give, select the 'Search' feature at right and enter 'Hirsch Scholarship in Human Rights' to direct your gift.